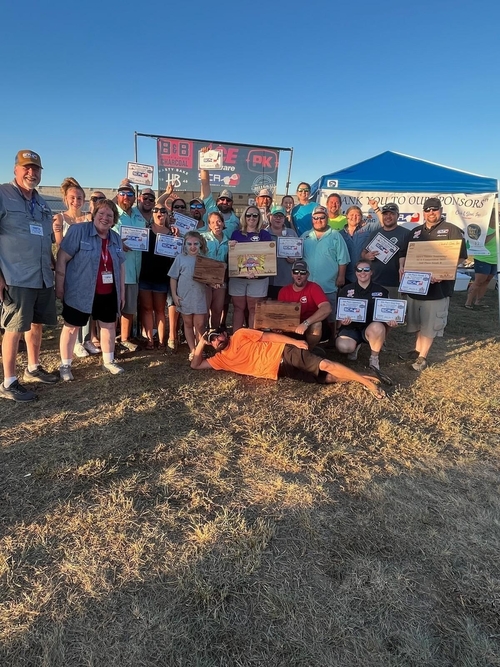 Shore Smoke Seasonings first event is officially in the books and what an event it was!

Thank you to everyone who came out for the event in ever fashion. From our volunteers, cook teams, SCA staff, Blue Earl staff, and attendees THANK YOU, THANK YOU, THANK YOU! We couldn’t have done it without you, and we are extremely thrilled with how the event went from start to finish.

Nicole and I decided in early February that this year we wanted to host an event. After weeks of research the SCA got the call that we were interested in hosting one of their events. After a few days the deal was finalized, and the first Shore Smoke Seasonings SCA cookoff was born. After careful consideration Ryan met with Ronnie Price of Blue Earl Brewing in Smyrna, Delaware and Paul Seibert of KOG Construction Bonds, and the event had a home.
Local SCA legends Ron and Norma Templeman volunteered to help guide the process and consult on many factors for the cookoff throughout the lead up to the event. After numerous meetings with Ronnie Price, Paul Siebert, and Ryan the event began to take shape. Meanwhile during this whole process Nicole was wrapping up her final days at her old job and looking forward to starting her new career. Oh, and we also decided to sell our home and move to the beaches of Delaware. Times were hectic, but through the guidance of SCA representatives Don and Debby Harwell we were able to keep things moving smoothly throughout the entire process.

Friday night we hosted an SCA judging class which saw 17 new SCA members become certified judges for the 2022-2023 season. Thank you to everyone who came out. The class was hosted by Debby and Don Harwell, and they went through the process of steak selection, steak trimming, steak presentation, judging steaks as well as ancillary judging rules. Everyone walked away from the class feeling more knowledgeable and prepared for the enormous amount of food they would need to judge the next day.

The weather gods smiled down us for the day of the event. A beautiful sunny day with only a stray cloud every so often passing by. The winds were calm at the start of the day but picked up a bit in the afternoon time which made it the perfect day for having an outdoor cooking competition. The teams started rolling in around 6:30am and by 9:30am it looked like a mini city had been constructed in the middle of the field. Truly an amazing thing to see. Steaks hit the table at 10am for steak A selection and the compliments from the field of competitors on the quality of steaks was a home run. Nicole and I purchased prime angus steaks from Camden-Wyoming Market in Camden, Delaware and they were every bit amazing, just as advertised.

After steak A and steak B selections were done the teams headed back to their respective tents to begin trimming and prepping their steaks. Kids grilled cheese contest was first up with a turn in at 12pm. Seven kids entered the contest; I was lucky enough to be one of the judges for this contest and let me tell you they didn’t disappoint. Everything from Jalapeno Popper grilled cheese to ones topped with sliced apple, and my personal favorite a grilled cheese with bacon jam. The young men and woman came to win, and they showed we have a bright future in the cooking competition world.

1pm turn in time for the Appetizer came very quickly and 23 entries made it into this competition. Some of the most delicious food I have ever seen was being turned in and sampled by our judges. Dana Peterson brought home her first ever 1st place finish and won herself a Golden Ticket to the ancillary world championships in Fort Worth, Texas next March. Her winning dish was BBQ pork shots using 90% North Carolina products. 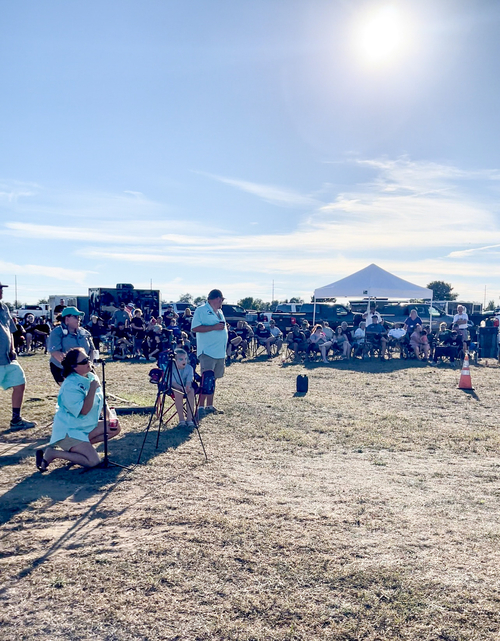 2pm came quickly for the much-anticipated hot dog ancillary. 21 entries made it into this competition with the favorite in the field Mr. Raz Braz and his famous Raz Dogs. Rolfe Garrett would get his name called last for the first-place win and his Golden Ticket to the world championships. (You’ll hear his name mentioned again later).
Nicole and I decided we wanted to do a “Wild Child” award which is given to 11th place in Steak A. Wes Edwards with team Farmhouse BBQ partnered up with Oklahoma Joe and they were gracious enough to donate an OKJ Rambler grill. J-3 team member and former Golden Ticket winner Jeff Parkhurst finished just out of the top ten but went home with a brand-new grill. Along with this we decided to do a 50/50 raffle which was won by multiple Golden Ticket winner and Kountry Boyz team member, Michael Waters.

3pm hit the clock and the rush was on. Steak A had 49 teams enter Michael Rosenthal hit this one out of the park with a near perfect score and won the first-place prize. Michael already had his Golden Ticket, so he passed it onto second place which just so happened to have already punched their ticket to the world championships. This went on all the way down until 5th place called Rolfe Garrett back up to the stage and he received the passed down ticket.
4:30pm was Steak B turn in and the final competition of the day. 45 teams entered but Stephen D’ Amico punched his ticket to Florida beating out 2nd place by three tenths of a point. This was Stephens third event eve, and first time getting a “walk” as a top 10 finish. Stephen and his wife Carrie were setup beside Nicole and I at our event in Lancaster, Pennsylvania earlier this spring and had a wonderful time being neighbors. They traveled all the way from New York for this event and obviously it was well worth the trip.

5pm began tear down of this small temporary city and by 6pm everyone was patiently waiting for the awards to begin. Once the awards were complete everyone went around and shook hands, hugged, and exchanged pleasantries while saying “see ya at the next comp”. This event was one for the record books, but it didn’t stop once the event was over. The hotel parking lot party was one for the ages and the celebration continued into the early morning hours. Friendships were made and bonds were born. Thank you to all our sponsors, volunteers, friends, family, and everyone who made this event such a special one. We look forward to hosting many more events in the future and hope everyone comes out to see what all the fun is about.